09-06-2020 Back in the 60s, the 37 years old, aeronautical engineer, Ottorino Reffo began his adventure which takes the name of La Meccanica.
SHARE THIS 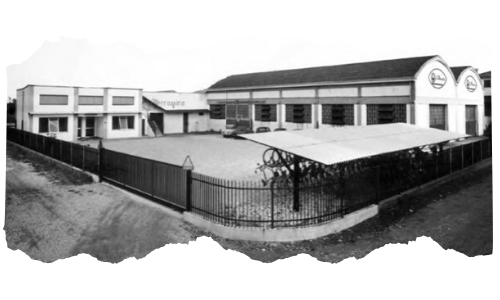 Back in the 60s, the 37 years old, aeronautical engineer, Ottorino Reffo began his adventure which takes the name of La Meccanica. Thanks to his talent and desire to amaze, the young Ottorino made the company flourish in a short time, radically changing the socio-economic context. The history of La Meccanica is that of dozens of companies that are born from a territory that came out of a war, it is the story of a young man who saw a modest existence, who studied and made his work become his passion.

It all started with the production of grinding machines for lathes, small mills and cutting-off machines on behalf of another company from Bassano del Grappa. Then La Meccanica started producing molds for presses used for the production of animal feed.
In the early 1960s, the annual per capita consumption of meat was about thirty kilos, and this was almost entirely beef. The food market was ready to absorb new products. The USA had brought machines but, above all, new ideas. For instance, a popular idea was to produce for the market without waiting for state aids. Agriculture was being organized with new machinery that had never been seen before. Farmers increased their production and supplemented their income by rearing livestock, mainly chickens and hens that were the most popular and the easiest to breed: the aim of bringing a chicken to every table still had to be achieved. The Dutch were, perhaps, the first to offer breeders selected chicks for fattening and pullets to breed for the production of many eggs. The need arose for complete animal feed that could be administered easily and mechanically, ensuring a balanced diet. The best solution was to produce compound feed pellets, using optimized formulas.

The decade therefore began with some structured feed mills, built in towers that hosted pelleting systems and facilities for receiving raw materials and delivering bulk feed. The animal feed market was characterized by favorable conditions therefore demand exceeded supply Plant technology was very simple and flour was produced by a separate grinding system with operator-controlled hammer mills and organized for grinding one type of grain at a time. The grains were the only raw materials that needed grinding. They were delivered to storage silos from which they were extracted, ground and sent to dosing chambers, ready to be dosed and transported to the mixer. From here they were conveyed to the packing systems or the pellet mill, which was the other important machine used in feed mills.

For the company the first project for the first pellet mill arrived and at that moment realized its great potential and started making its own products. 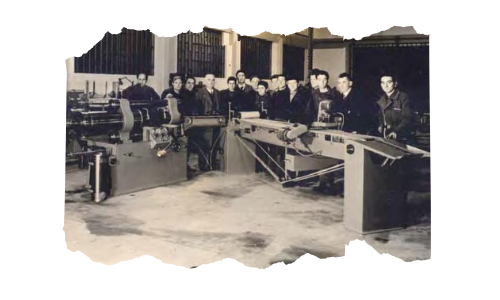