Principle: a roller (or screw) compression system rotates by forcing the flour into the holes of a fixed flat die.
Numerous manufacturers produced this type of machine until around 1960-1965. It is currently abandoned. However, many companies still use this equipment which seems well suited to large pellets rich in molasses. 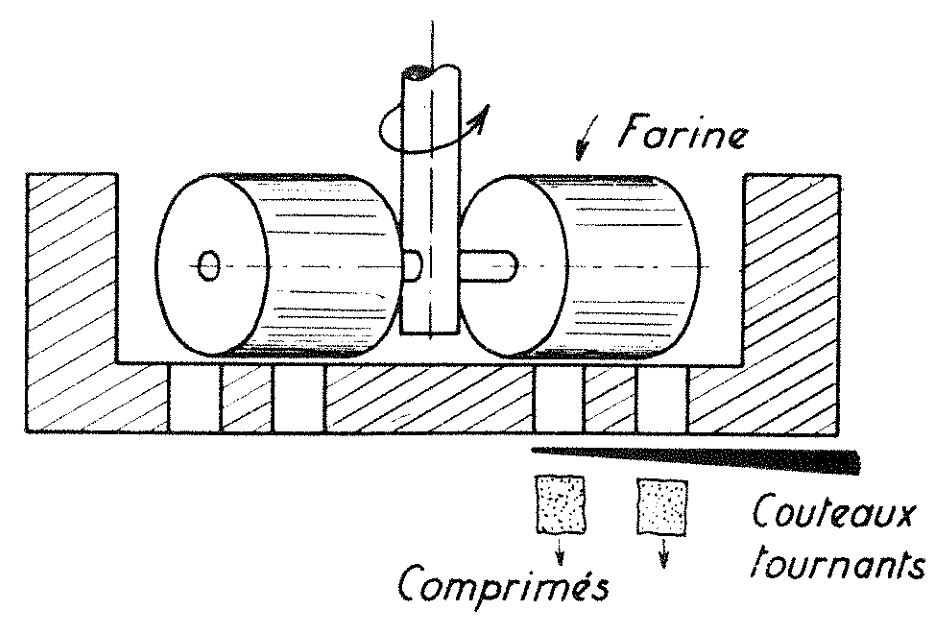 Principle: a roller system forces the product into the holes of a fixed annular die. It was built in Belgium but was also used in Holland and built under license in Great Britain.There are many these machines in Europe all with low power (up to 50 hp).

Principle: the flat die rotates, resulting in a play of the rollers on the fixed shaft which ensures compression.

It was built by in Germany but also built under license in France. In England, was built its first “Pelcub” machine in which the roller set, instead of being mounted on a fixed shaft, rotates in the opposite direction due to a train of gears. 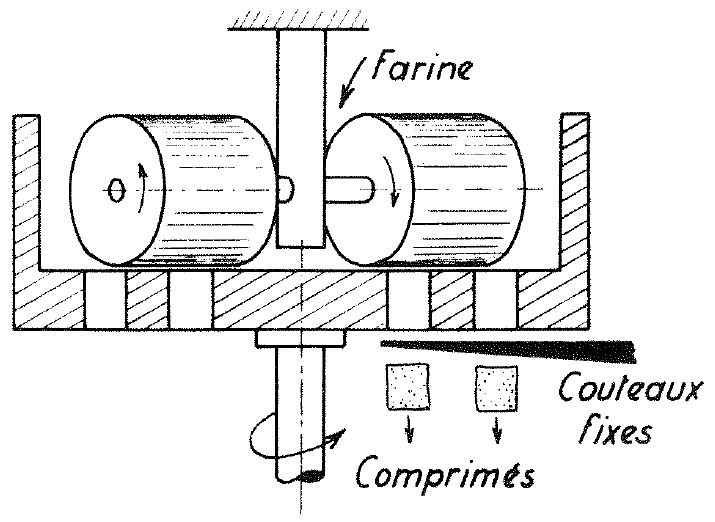 Principle: the annular die rotates, forming a play between the idle rollers fixed on an adjustable axis that cause compression. The die can rotate in two positions: 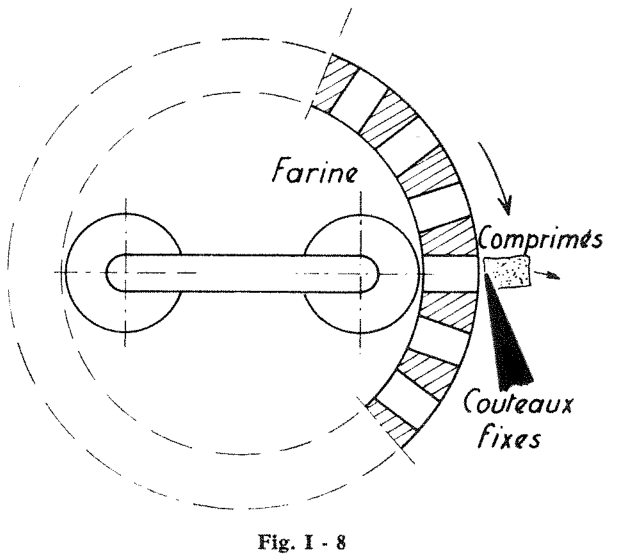 It is the most used system. The die rotating on the horizontal plane seems to be the best suited to the compression of the forage (best feeding). For high power (above 100 HP), use three rollers. The important points that give rise to many solutions are: feeding, fixing, rapid disassembly of the die. These machines seem well suited to the production of HD pellets, produced starting from current formulas. From a molasses content greater than 8-10%, it is advisable to use appropriate devices; the same for the compression of low density mixtures (forage).

Principle: partial or total heating of the food flour, with consequent gelatinization of the starches, followed by an extrusion with or without expansion using a device consisting of a screw that compresses the cooked flour through the channels of a fixed die. This machine whose uses are innumerable is mainly used for the production of food for dogs and cats, fish, laboratory animals, food for young animals, cooked cereals, meat meal, fish, etc ... Its production process hides solutions applicable to the problems encountered with previous presses.