28-11-2018 There are many types of pellet mills that can be generally grouped into large-scale and small-scale types.
SHARE THIS 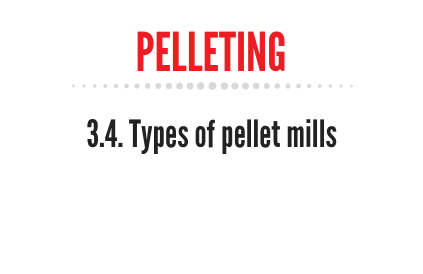 Large-scale pellet mills are usually used to produce animal feed pellets, wood pellets, and fuel pellets for use in a pellet stove. It is mainly used in large-scale commercial production with the features of a long working life, high output and low consumption.

Small-scale mills are usually applied for home use with the advantages of low cost and easily move. By working principle, it can be divided into screw presses and hydraulic presses. The same basic process is used for both types. A die, also known as a mould, holds the uncompressed powder in a shaped pocket. The pocket shape defined the final pellet shape. A platen is attached to the end of the screw (in a screw press) or the ram (in a hydraulic press) which compresses the powder.

The ring dies pellet mill is adopted in most large-scale pellet production lines because it’s capable of very large amounts of production and doesn't wear out as quickly as a flat plate mill. But it’s quite a bit heavier and usually more expensive. Large-scale wood pellet production predominantly uses ring die pellet mills in the granulation of wood, straw, and other biomass sources. 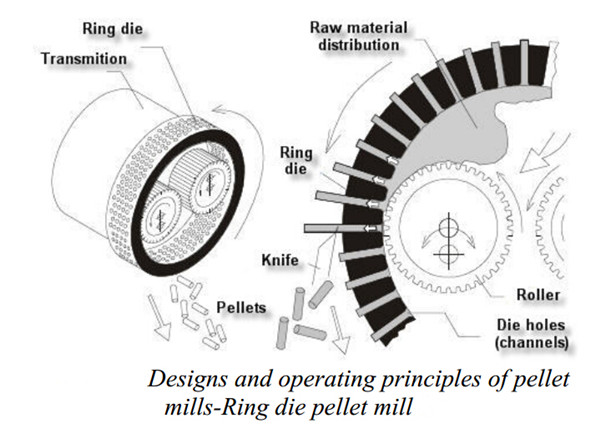