AMONG HISTORY, HABITS AND EVENTS

Cittadella is a selected walled city of all Europe and has a medieval Ronda walkway, elliptical and completely walkable. Visiting his village in Veneto is like stepping back in time. Let's find out its ancient history and the events to celebrate it.

SHORT HISTORY OF OUR CITY

The city, with its splendid walls, was built in 1220 by the will of the Municipality of Padua. Since then it has passed under various domains from Ezzelino da Romano, to Cangrande della Scala, to Venice, to the Austrian domination until 1866, the year in which it was finally annexed to the Kingdom of Italy.

The walled circle surrounding Cittadella (1220 AD) has an irregular ellipse shape and with the built-up area it constitutes an organic complex of the highest historical interest, not only for studies on castles but also for town planning. The walled curtain communicates with the outside through four bridges at the gates (in turn built on the four cardinal points), facing the nearby cities of Padua, Vicenza, Bassano del Grappa and Treviso (hence the name Porta Padovana, Porta Vicentina, Porta Bassanese, Porta Trevisana). The drawbridges, which remained in service until the 16th century, were gradually replaced with other masonry ones. The current ones date back to the first half of the last century.

Dante above the walls

Sunday, February 9, 2020 on the occasion of the celebrations of 800 years of Cittadella there will be an exceptional event also sponsored by the owner of La Meccanica, Roberto Reffo. 800 people will recite the first canto of Dante's Divine Comedy at 15 meters above the historical walls of the city. In the 11th century, Dante Alighieri mentions in the Canto del Paradiso the famous "Tower of Malta" which is located south of the city in Porta Padova.
More information can be found in the 800 years - 800 entries flyer or in the site www.dante800.it 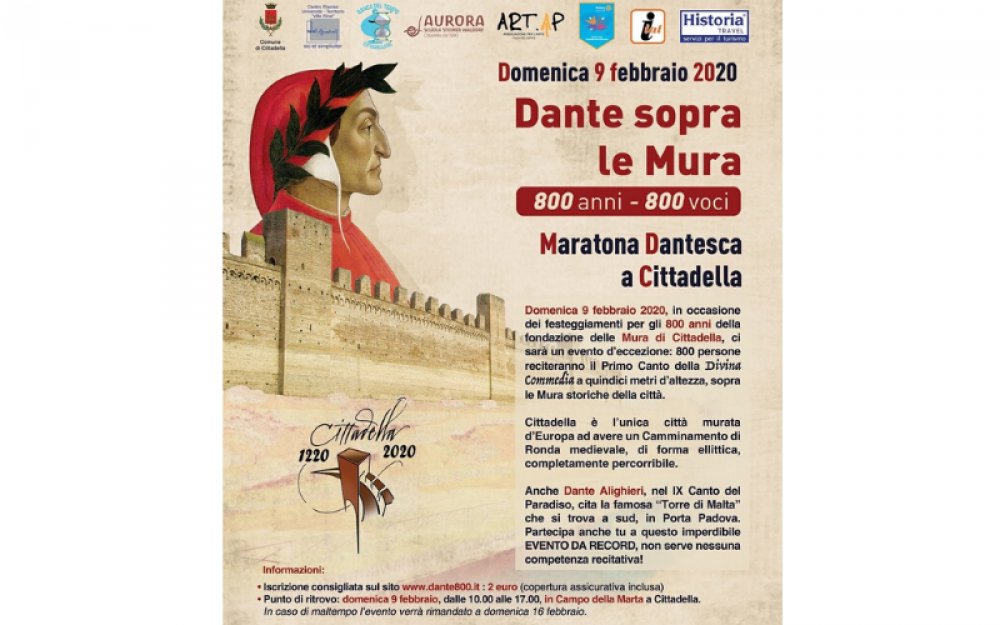 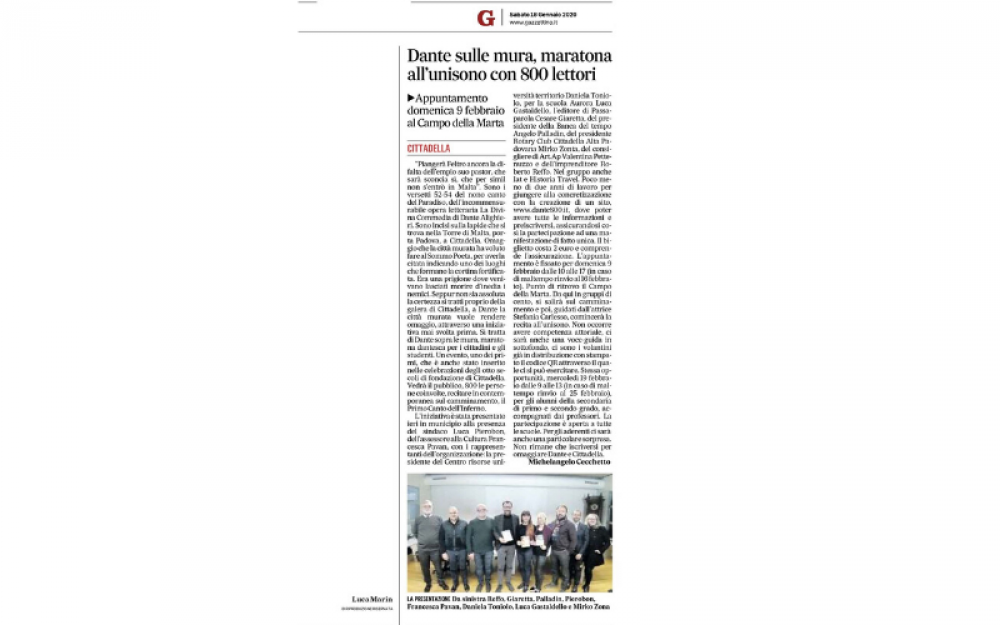 PART OF OUR REGION

It all stems from the ability to read the times of Ottorino Reffo, a graduate expert in Aeronautical Construction. Now at the head of the company is Roberto Reffo, Ottorino's son who inherited from his father the ability to always look one step further, to never stop. For this reason La Meccanica Srl, over the years, has expanded its sectors, growing to the size of today. A leading company in the production of industrial lines for the production of pellets, the Cittadella company has a 360-degree catalog of plants and machinery, with an ever-increasing focus on innovation and new technologies.

The company has always been very close to its territory, proposing and supporting various cultural and social projects to give people and companies the opportunity to emerge, to reach excellence. One of these projects is also La Meccanica Academy, which was created with the aim of sharing knowledge, information and values. The academy aims to train the employees of each department and to open them to the training of Italian and foreign customers. A way to ensure growth from within, starting from the company's human resources and intellectual resources, while strengthening teamwork and collaboration between colleagues. The courses are organized by LM SPACE, a service company of the La Meccanica Network.